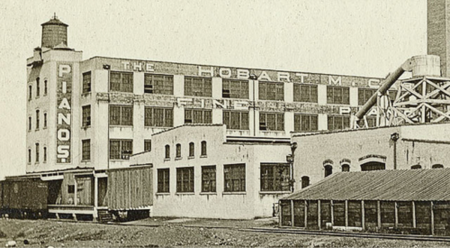 In 1990, a company by the name of Classic Player Piano Company bought both the Story and Clark and Hobart M. Cable names, and the H. M. Cable brand went quiet. [3] Most recently though, a company by the name of American Sejung Corporation retained the Hobart M. Cable name and began to produce pianos again. The American Sejung Corp. is striving to retain the legacy of the H. M. Cable pianos and has thrown a considerable amount of resources towards the brand to ensure it is once again available in North America. [4]

Hobart M. Cable pianos are easily identifiable to the trained ear because they have a sweet, soulful sound that is both clear and powerful. The company used the scale as their scientific basis of quality, which renders fluent pleasantness to the musically inclined ear. [5]

Other notable characteristics of Hobart M. Cable pianos are the fact that their grand pianos have their own series of serial numbers [6] and the pianos were made of rich woods, and are beautifully decorated. In addition to grands, the company also produced player pianos and upright models. [7]

Hobart M. Cable pianos not only hold their value but have actually increased in value quite significantly. Uprights can fetch anywhere from $11,000 - $22,000, even partially restored. Call Lindeblad today to discuss how we can bring your American treasure back to life!