Piano production by Wurlitzer began in 1880 in the Wurlitzer factory in Cincinnati, Ohio. [1] The Wurlitzer Company was established in 1856 by Franz Rudolph Wurlitzer, who started the business from a long family foundation of instrument making. Dating back to the 17th century, the Wurlitzer family history started with Hans Andreas Wurlitzer, a renowned violin maker. 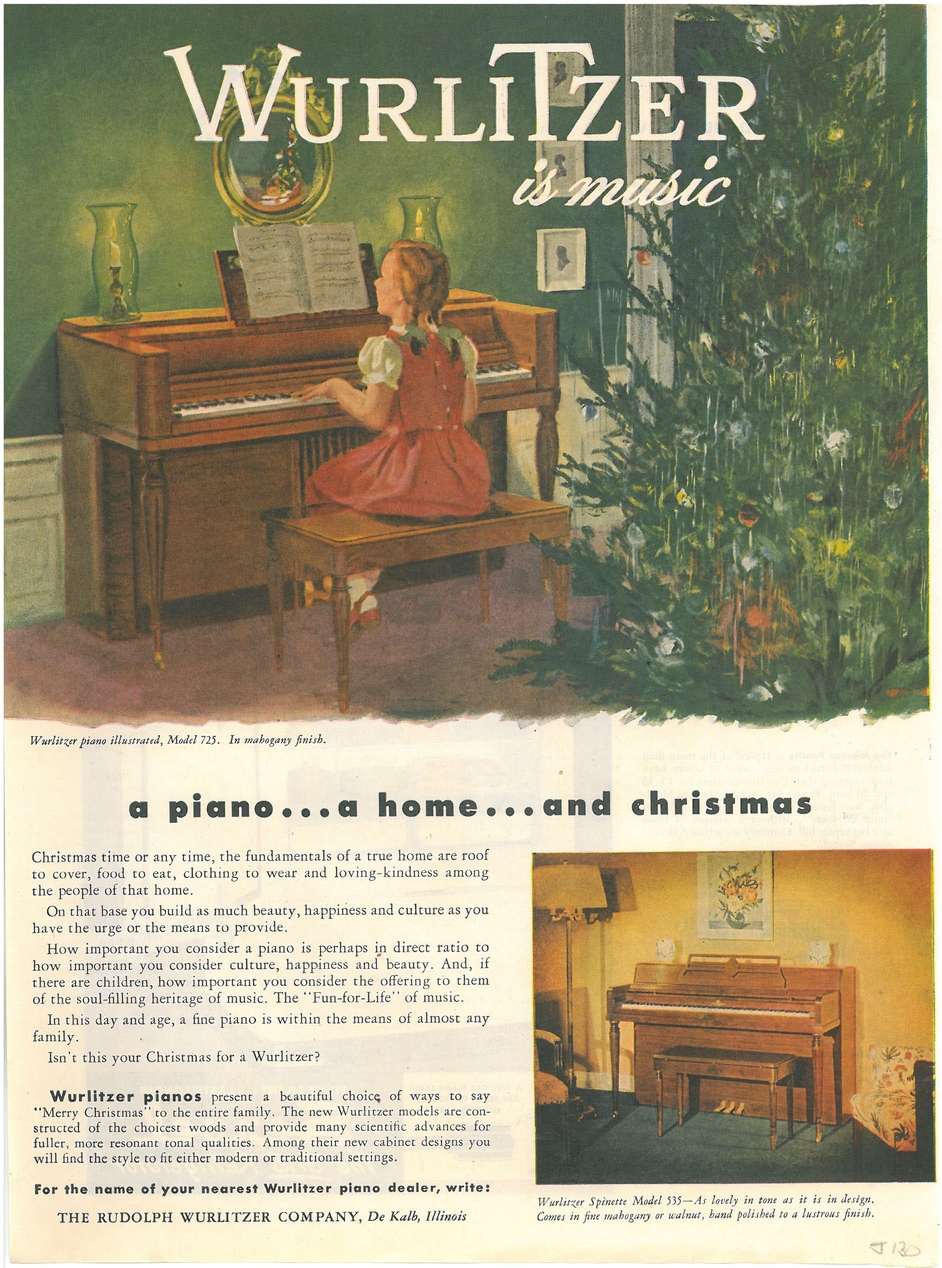 Well in the 1900s, Wurlitzer Company was known for the variety of instruments they sold, including pianos, organs, jukeboxes, melodeons and more. [2] Many instruments were imported from Europe and sold under the Wurlitzer company name.

By 1914, when Rudolph Wurlitzer died, the company footprint had expanded across the United States, with factories for building vertical pianos in North Tonawanda, NY, and grand pianos in de Kalb, Illinois.

Throughout the 1990s, the following piano brands were produced and owned by the Wurlitzer name: Apollo, Julius Bauer, Melville Clark, De Kalb, Farney, Kingston, Student Butterfly Clavichord, Kurtzmann, Merriam, Schaff Bros., Spinette Strad and Underwood. In the early 1990s, having recently acquired Chickering pianos, the company’s ownership was in flux and was bought by Baldwin in 1995.

The Wurlitzer piano brand can be found on a wide range of pianos. From various stylistic influences such as Florentine, Spanish and French, to entirely different models like spinet, upright, grand / baby grand, and electronic, Wurlitzer is a diverse brand known for many different aesthetics.

Most popular as an early American brand, Wurlitzer is iconized as a well-made, good-sounding piano. Especially when they went to market with their upright, Spinette model pianos, Wurlitzer was targeting the everyday American audience. For this reason, they were found in many cafés, homes, and studios throughout the 1900s. [3] 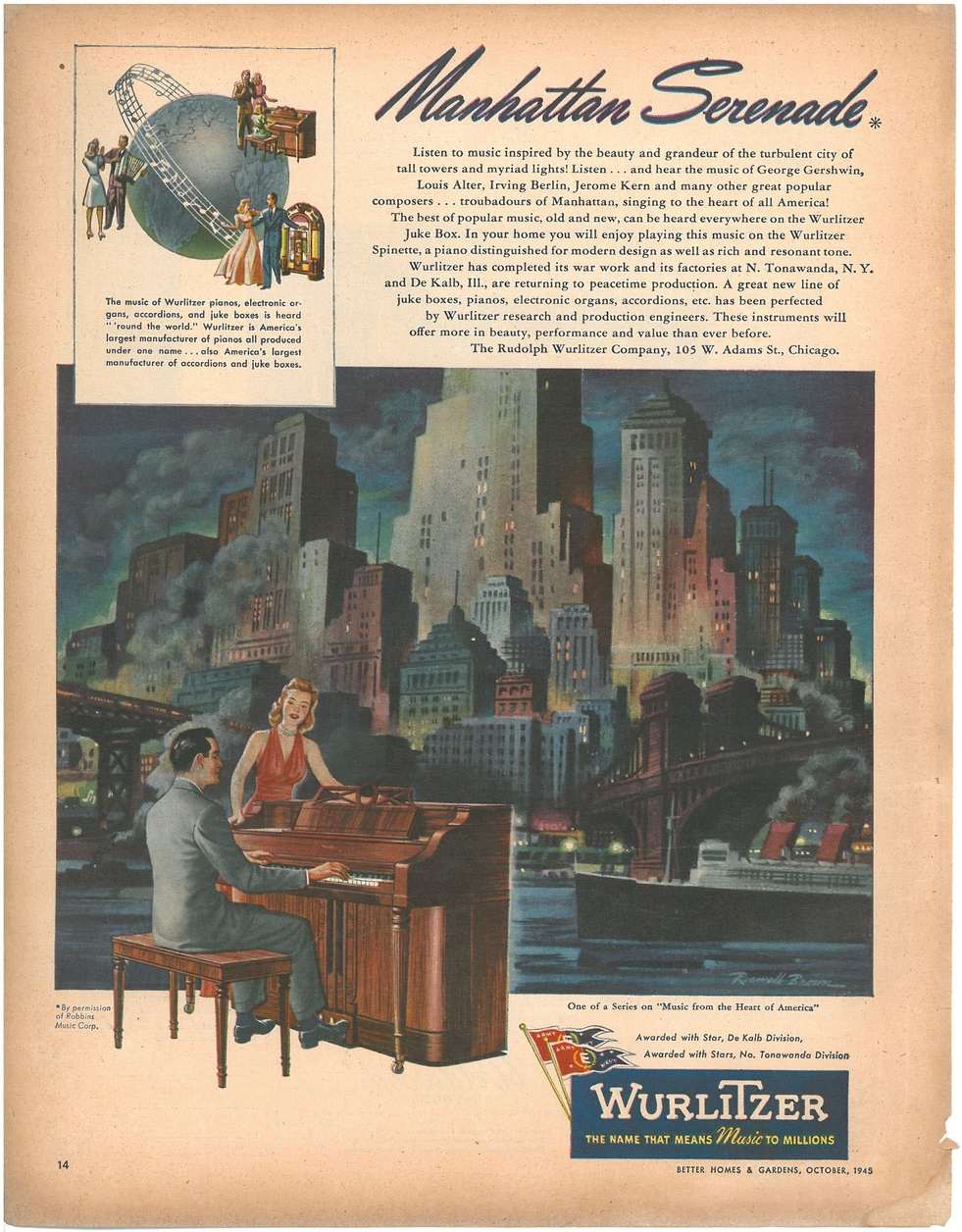 Because of the popularity of the brand, many Wurlitzer piano owners are curious about the value of their instrument. Whether it was passed down through a family or purchased in the early 1990s under Baldwin’s production, Wurlitzer pianos maintain their value relatively well.

With the wide range of piano types and styles, the restored value can widely range. That said, for the early 1900 Wurlitzers restored with historical accuracy in mind, the value could be up to $20,000. At Lindeblad, we have worked on many Wurlitzer pianos and their affiliated brands. We understand the importance of maintaining the defining historical characteristics of a piano.

Do you have a piano produced by the Wurlitzer company?

Talk with one of our team members today about its value.