The History of Werlein Pianos

The Werlein piano line was built by Philip Werlein, who began this venture in New Orleans in 1843. [1] Although not much is known about the history of Werlein brand pianos, what is known is quite interesting.

When the American Civil War broke out in 1861, the Union Army managed to seize New Orleans and proceeded to occupy it. Werlein’s stock was liquidated and it was forced to close its doors; however, before the Union Army could seize all of their inventory, Philip Werlein managed to stash a few in a nearby barn. After the war was over, Philip pulled the pianos out of hiding and used them to re-launch his business in the South that was torn apart by Reconstruction. 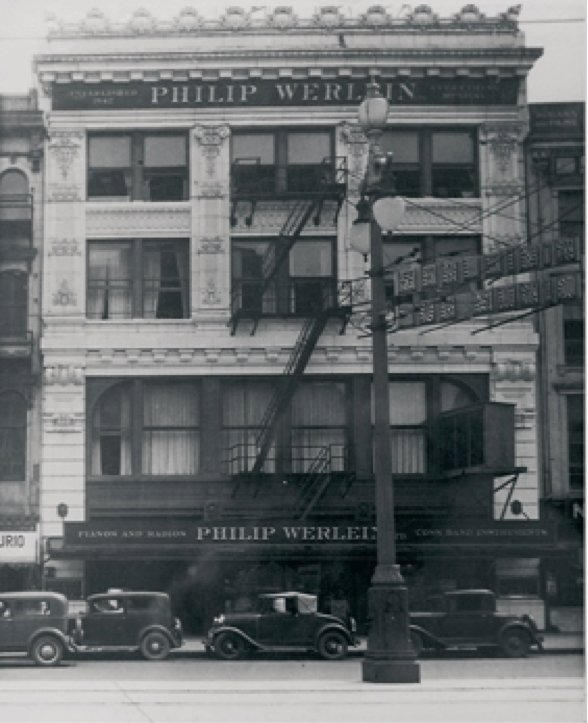 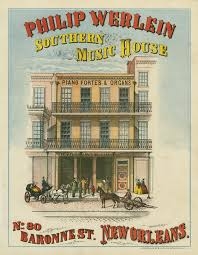 The newly minted Philip Werlein Ltd. sold many different piano lines, as well as other musical instruments. Werlein opened his stores all over the country and became a very successful businessman. They eventually stopped producing their own line of pianos, and became the Werlein’s for Music store sometime in the early 1900’s.

Werlein did not manufacture very many of their own pianos, and few are found outside of the South and West Coast (where Werlein had several stores). The grand square and the upright were both manufactured by Werlein, and patrons of their name-brand were very loyal to them. Some players even preferred the Werlein brand over Steinway models. Unfortunately, there is not much information available on Werlein pianos. [2] 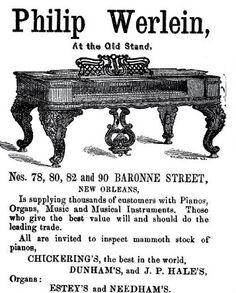 Werlein pianos do not tend to hold their value very well, but can make great sentimental family heirlooms with a captivating past. If you have a piano that you would like restored, please contact Lindeblad today.