The History of John Brinsmead Pianos 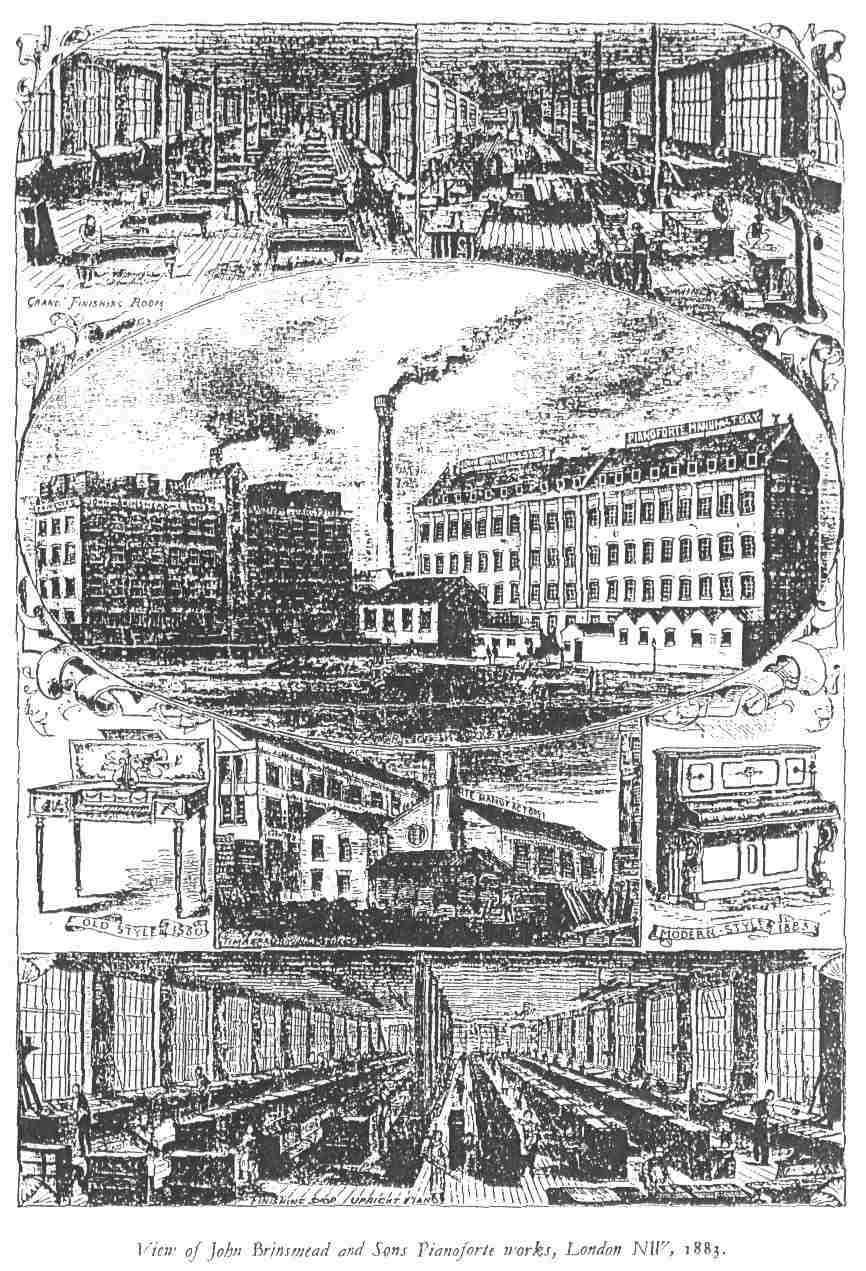 Instruments bearing the Brinsmead name were popular in England and firmly held a section of the competitive European piano market for many years. At it’s height the company was producing 2,000 pianos a year. [2]

In 1988, Yamaha of Japan acquired the controlling shares of Kemble Piano Group, thereby acquiring the Brinsmead name. The Brinsmead name remained until sometime in the early 1980’s, when it seems to have disappeared from the piano market. [3]

Brinsmead pianos featured beautiful and elaborate casework that incorporated various woods and hand-carved scrollwork. Perhaps what makes Brinsmead instruments so interesting is that they varied widely in tone and quality of sound, based on the model. John Brinsmead was an innovator and liked to experiment with the internals of his instruments, which rendered some instruments with a beautiful sound and others… lacking.

Because Brinsmead pianos were innovative and cutting edge during their time, the value of the instruments found on the market today can vary greatly. Some innovations turned out to be more of a hindrance than a good idea, so each instrument must be evaluated for its condition and tonal quality. [4] To discover more about your antique piano, contact Lindeblad today – we would love to walk you through the history and particulars of your instrument.