Sebastian Erard began building harpsichords in Paris in the mid-1700s and built his first piano in 1777. His instruments were so famous that he obtained a license from the king to make pianos for the French court. After the French Revolution destroyed his business, he moved his family to London and immediately started building pianos again. After returning to Paris in 1796, Erard controlled both the French and British factories, with extended family members running the factory in London. [1]

In 1831, Sebastien (who changed the spelling of his name during the German and French hostility during the French Revolution) died and his son, Pierre Erard, took over the company. Throughout the 1800s, the company produced pianos under a variety of names including Erard & Cie, Guichard et Cie, and others. In 1961, the company merged with Pleyel and nearly a decade later, the Schimmel Piano Company of Germany acquired the rights to the Erard name. [1] [2]

In 1990, The Schimmel company stopped production of the Pleyel, Erard and Gaveau piano names. Any pianos produced with the Erard name are done by the Manufacture Francaise de Pianos for historical replication.

Erard continuously improved the design and quality of his pianoforte and is credited for many patents still in use today. The pianos were marketed as the finest in the world and were very elaborate and expensive. 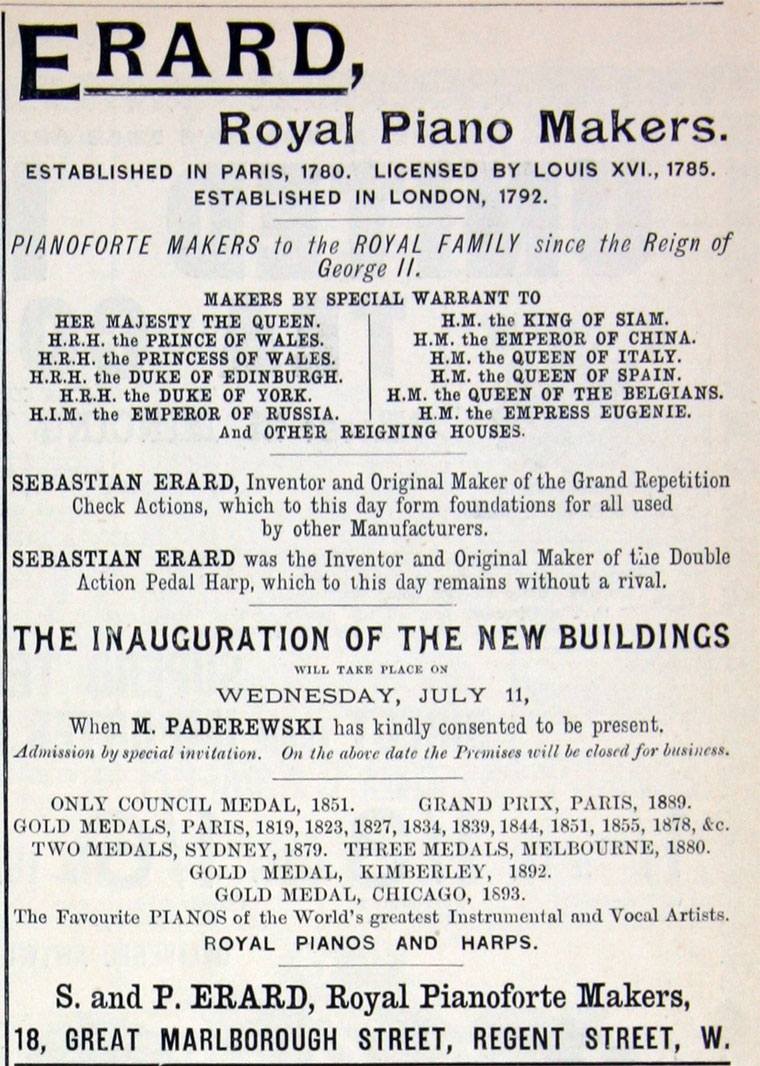 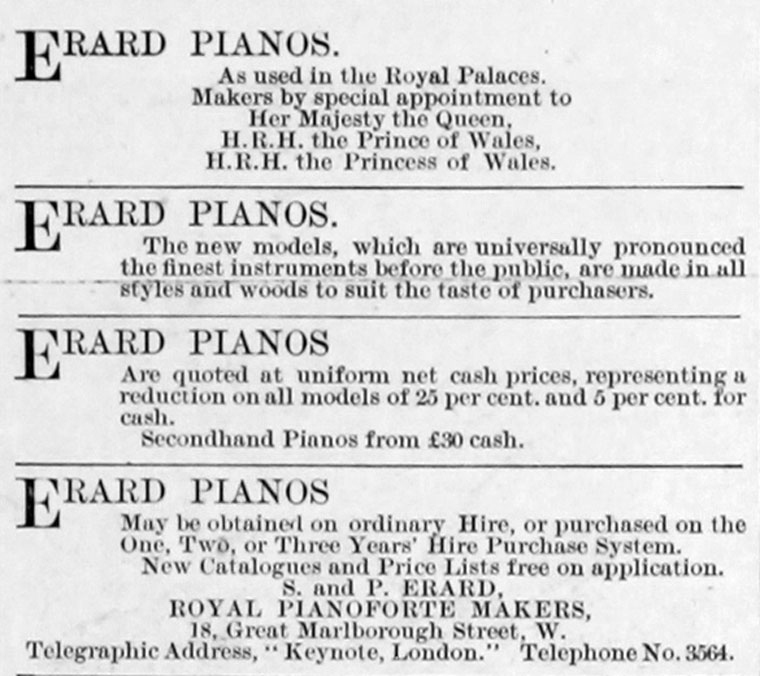 Erard pianos hold great value and restoring one would be our pleasure. Some of the oldest and most rare pianos still in existence today, Erard's can greatly increase in value once restored. Call Lindeblad today for a free consultation.