The History of Behning and Son Pianos

The famous Behning and Son Piano Company, originally called the Behning Piano Company, was founded by Henry Behning in 1861. With offices and a factory located in New York City, the company flourished and Henry Behning’s instruments were in very high demand.

From 1864 – 1878, Henry Behning took on two business partners by the names of Albrecht Klinx and Justus Diehl. After that partnership ended, Henry incorporated his son, also named Henry, into the company and officially changed the name to Behning and Son. As the company grew, they moved locations and Henry Behning Sr. took on his other son, Gustave.

Around 1920, as Henry aged, Henry the younger and Gustave took over the operations of Behning and Son. The two sons enjoyed much success throughout the 1920’s, but unfortunately, they acquired the company just as the Great Depression loomed on the horizon. By 1932, Gustave could no longer afford to keep the company, and sold it to piano conglomerate Kohler and Campbell. Kohler and Campbell continued to manufacture these storied instruments for over twenty more years, until they discontinued the line in 1956. [1] 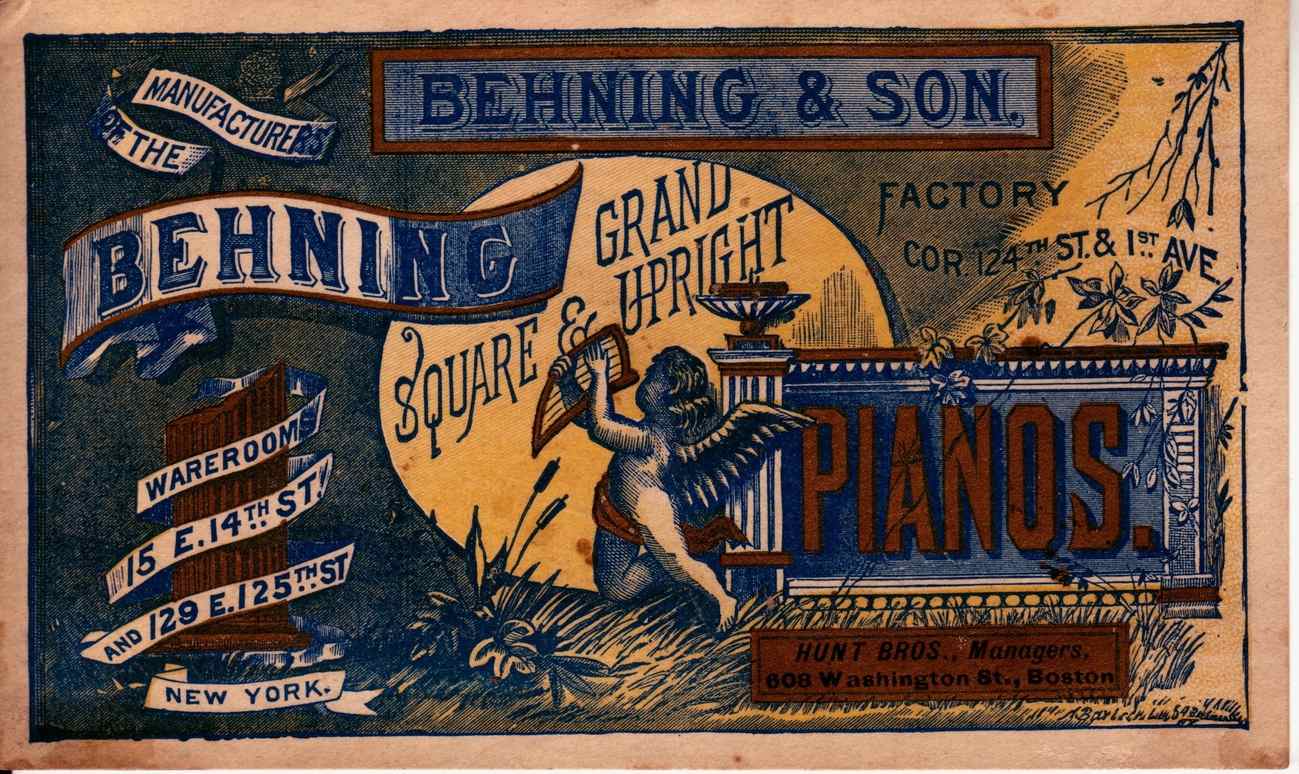 Behning pianos are absolutely worth restoring. There are many instruments found today that are well over 100 years old, including grands and even player pianos, which the company sold under the name “Wendland”. [3] These instruments make excellent candidates for restoration because of their historical value, their quality craftsmanship, as well as their restored monetary value. In today’s market, some Behning pianos can be worth $50,000 or more when fully restored. If you have a Behning piano or any other antique piano, please contact Lindeblad to get the restoration process started on your diamond in the rough.