The History of Adam Schaaf Pianos

Adam Schaaf, the company’s namesake founder, began producing pianos in 1873 [1] out of his Chicago factory. The original Schaaf factory was a beautiful, six-story building that produced equally beautiful instruments. [2] 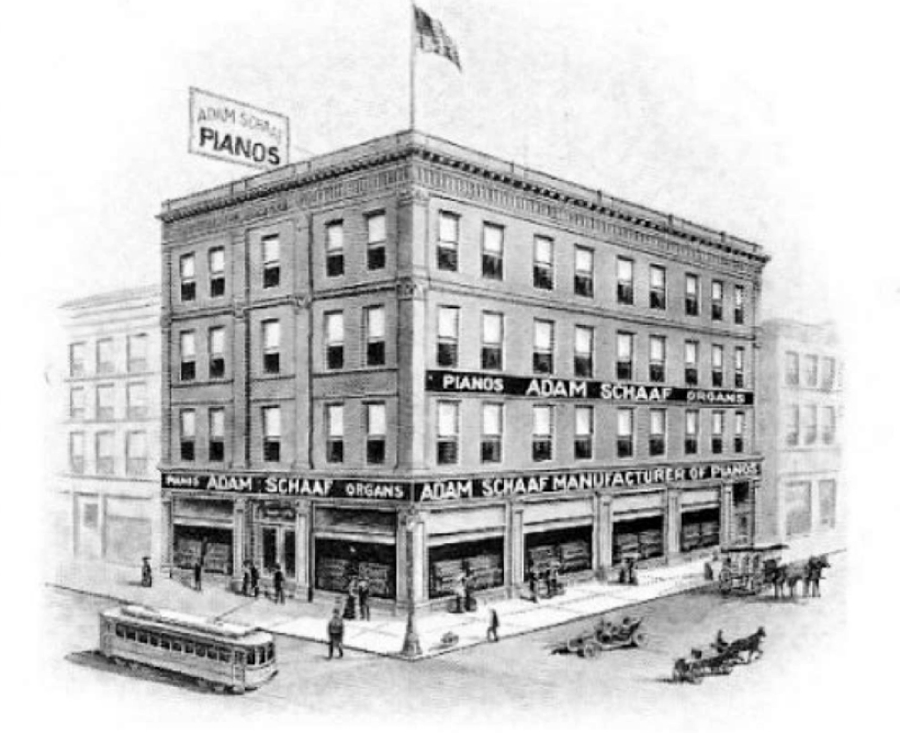 Sometime in the early 1920’s, Adam passed on his company to his three sons: Harry, Fred, and Walter Schaaf. By the end of the decade, the demand for Schaaf pianos had grown so much that the brothers had to build an additional location to fill orders. The Schaaf factories also produced Claritone, Orpheus, and Staab pianos – another reason to expand the business.

After an extremely successful run, the Great Depression hit and piano sales dried up, leaving the Schaaf brothers no choice but to close their doors. [3]

Pianos that bear the Schaaf name are known for their unique sound and superior craftsmanship. Despite the fact that Schaaf could scarcely keep up with the demand for instruments, workers did not sacrifice quality for quantity.

Grands, uprights, player pianos, and reproducing pianos were all produced under the Schaaf name, and owners of every style were highly satisfied with their instruments. With exterior beauty matched only by their tone, Schaaf’s were renown as pianos of the highest order. [4]

Adam Schaaf pianos can be extremely valuable when fully restored. Some uprights sell in the $16,000 - $21,000+ range, and grands can go for even more. If you have an Adam Schaaf piano that needs restoration, it is certainly worth having Lindeblad’s experts assess your instruments. Contact Lindeblad today and allow us to walk you through the restoration process.