Pianos are very complicated instruments. Properly restoring one requires a broad range of expertise. At Lindeblad Piano Restoration, we have assembled a team of craftsmen unrivaled in our industry. At every step of the restoration your piano is carefully attended to by a craftsman with the unique ability to bring out the best in your precious instrument. The Piano Restoration 101 video series provides a detailed introduction to this fascinating process. 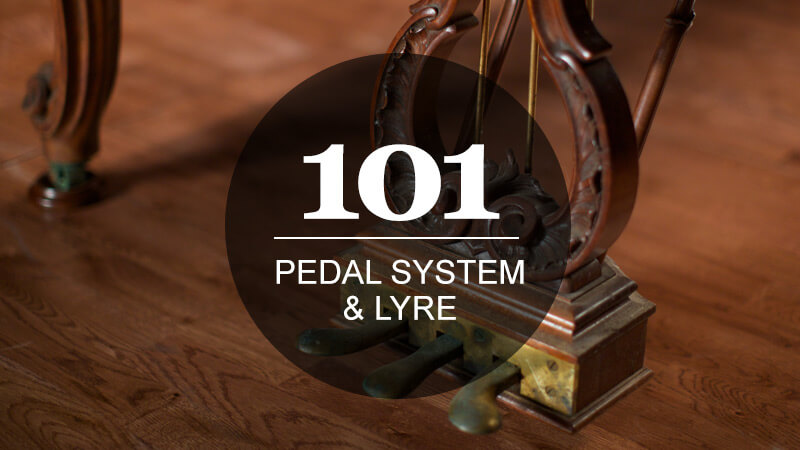 Most pianos today have three pedals. The far right sustain pedal broadens dynamic possibilities by raising all dampers, thus suspending all notes. The middle sostenuto pedal creates a similar effect by only raising the dampers of the notes played while being pressed.The far left una corda pedal changes tone color by shifting the entire keybed action to the right. Each hammer then only strikes two strings instead of three, softening the overall sound. When used sensitively, pedals allow musicians to achieve new levels of musicality.