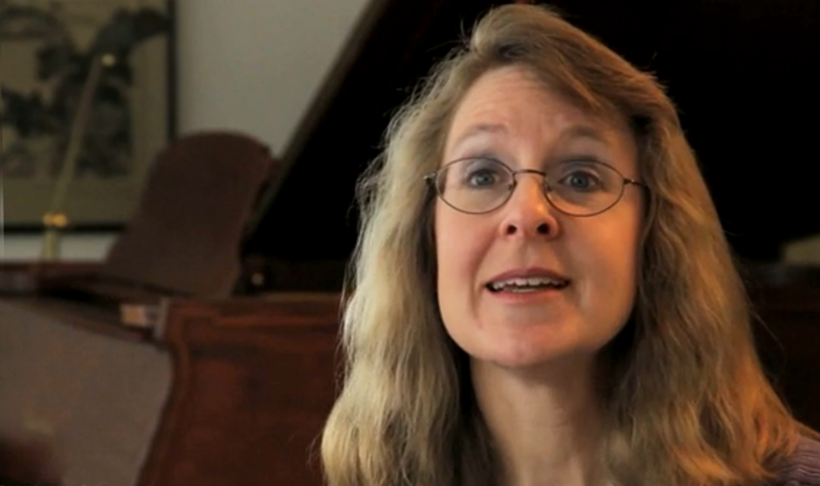 So my journey began with a very dilapidated piano that I played as a child. It was a very small piano, but I had very fond memories of it. And I started making inquiries to several different piano restorers around the country about this piano. Was it a gem or was it junk? And I was very afraid that they were going to say it's just junk because I wanted it to be a gem.

I finally ended up sending it to Lindeblad Piano Restoration in New Jersey for an opinion. And they thought that it was a nice, little piano. I think Paul actually called it a cute, little piano. And he gave me some hope and they put together an estimate.

But at the same time, what was really tugging at me was its very small size, and I was afraid I wasn't going to get much more sound out of it than my upright piano. I started reading more and more about the golden age of pianos and the Chickerings and the Knabes, and the Mason and Hamlins, and of course, the Steinways. There's just something very special about the golden age of pianos. I believe it. I know a lot of people don't believe it. The new Steinway builders don't believe it. They think their new ones are as good as their old ones. But I think that there's something magical about the pianos from that age. I think it's the wood, it's the heart and the soul of the piano.

So I was discussing this with my mother, and she said well, you're replacing all the guts of the piano. It's not even the same piano. Well, but its body is the same and they've revamped its heart, and they put in a new soul for us. I'm an ultimate recycler, and this is an ultimate, huge recycling project.

The more I read about the Mason & Hamlins, the more I felt that would be the correct choice for me. And looking online at the Lindeblad's inventory, which was quite amazing on their website, I found a piano that reminded me very much of my childhood piano, the one that the Lindeblad's had looked at for me. And that's the one I settled on.

I told Paul and Todd what I wanted in a piano-- a little bit more bright sound, but not too bright and tinny, like an Asian import. The action is amazing. It's like playing through cream, through butter, through something just amazingly soft. Very responsive, very wonderful piano to play.

I'm very spoiled, I'm very lucky, and I'm very appreciative to the Lindeblads for delivering to me the piano of my dreams-- I'm going to start crying.

So was I crazy? Was I crazy to take a gamble? I don't know what the piano truly sounded like at Lindeblads. I know what it sounds like here in my home, and it's exactly what I ordered.

I also built a lot of trust with the Lindeblads through a lot of communication. I was able to feel comfortable with their ethical approach to business, and I did trust them that they were going to make good on what they said they could do. They tell you what they can do and they deliver it.

I have a colleague at work, I told him about my project and I emailed him pictures of the piano when it was done and he was amazed. He just said, this is an amazing piano. And I said you should consider getting a vintage restored piano, and talk to Lindeblads.