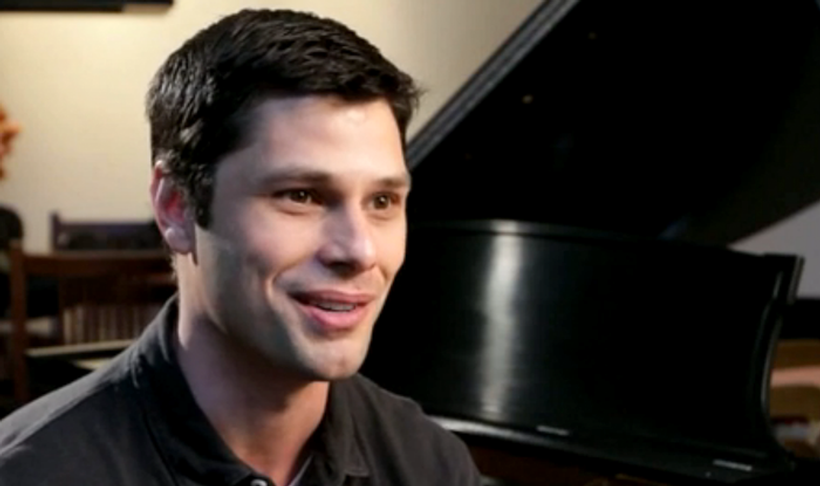 The piano really represents a significant part of my growing up. I think it contributed to, really, the path that I took in life, just building confidence, being able to stand up in front of people and say my name and then perform from memory in front of a roomful of, at first, parents, and then later, judges. I knew I would want some day to put a fine piano into my house. A piano came into our family through my grandparents who had helped a couple of aging fellow church members. They literally went over for about 10 years and made sure they had warm meals and their house was clean and they made all their doctor's appointments and so forth. It was a significant investment of their time and, really, love, and they willed this piano to my grandparents. It just is a reminder of my grandparents and their giving way. They're great role models for me. I spent a few days really trying to find every refinisher I could find. I started in the west coast and there's a few in the Seattle area and a few in California and some in North Carolina. And I just kept looking across the country. I filled out one of those web information forms expressing interest, and literally within two minutes Todd Lindeblad had called me back and I was on the phone engaged with a conversation with him about the piano. It was clear this wasn't just a business to the Lindeblads. It was a family tradition to them to really invest in the perfect restoration of these vintage pianos. What resonated with me was the connection between the family business, but then also the amazing responsiveness that they have. A couple of others responded several days later after I had filled out their web form inquiries. But I never got the same kind of sense that I was going to get the personalized attention and the exacting answers to all of my questions that I got with the Lindeblads. This piano had sat, literally, as a piano-shaped object, not a piano, for a couple of decades. And a cat literally used it as a place to spend its day, inside this piano. But in talking with Todd on the phone, and going through their website demonstration of how they can take a piano-shaped object and return it to its former glory, it really convinced me that you know what, this is a piece of family history now for us. And I want to keep it and I want to restore it the right way. And I was convinced and never disappointed in choosing Lindeblad as the one to do it. I loved this piano from the moment I saw it. But really the confirming moment for me was the first time I had it tuned, and this older gentleman showed up to tune the piano. I had mentioned to him on the phone that I've had it restored, and he was very skeptical about refinishers in general. I came down after about 30 minutes of him spending time with the piano and the tuning process, and I observed him from my stairway just standing, looking inside the piano. He was just shaking his head and just amazed. And I came down and he just stood there and just said this is absolutely amazing. It's the most amazing restoration I've ever seen. It was just a completely separate validation that my gut feel in going with the Lindeblads was the right decision. I don't know what happened to the cat, but I hope good things.