How to Buy a Steinway Piano

Buying a Steinway is a significant investment – and with hundreds of pianos, prices, and opinions, it can be challenging to make an informed decision.

Ask About Our Steinways

Use this guide to uncover Industry Secrets about:

Selecting a Steinway
The Smart Way

What Makes Up a
Steinway

While compelling, this statement by Steinway should not be blindly accepted. If their claim is correct, buyers will believe they can only purchase a genuine Steinway piano from Steinway & Sons and from no other seller. However, if their claim is not true, a world of options opens up for the buyer (since over 600,000 Steinways have been made) that are simultaneously cost-effective without reducing the quality and authenticity of the instrument.

In this section, we break down what makes a Steinway genuine, and why Steinway's claim is not what it seems to be.

There are three criteria that make a Steinway piano authentic:

With these criteria in mind, the question remains–does every single part need to come directly from Steinway for a piano to be considered a genuine Steinway?

The truth is that even parts in new Steinway pianos are not all made by Steinway. For example, Steinway doesn't make their own strings or tuning pins–instead, they buy them from independent suppliers.

Since Steinway's parts are not all manufactured in-house, it is clear that a Steinway is not made genuine by where the parts come from, but by the part dimensions, the materials used, and the craftsmen installing those parts to Steinway standards. Lindeblad uses the same Steinway parts or parts from their suppliers for most aspects of restoration, the main exceptions to this are the soundboard and pinblock.

In the next few sections, you'll read more about how these two major parts of a Steinway piano–the soundboard and the pinblock–are crafted in our facilities with the exact specifications and materials Steinway uses, by two craftsmen who have a combined 35 years of experience working at Steinway's factory. 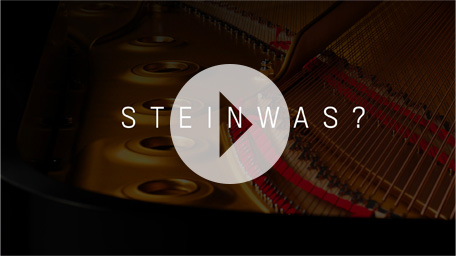 Don't just take our word for it. Check out these customer stories from concert halls, Grammy nominees, music professors, concert pianists, and a world renown music university that debunk the Stein-was myth, and take time to hear the quality of sound yourself.

Is a car still a Mercedes if it needs repairs and if a specialized mechanic repairs it using parts from both Mercedes and their suppliers? Of course it is!

Our craftsmen's expert knowledge of piano restoration coupled with the materials used has allowed us to work with the Cleveland Institute of Music, late-night television hosts, Grammy-winning musicians, universities and colleges, and Academy Award-winning actors. Learn more about the restoration process in the next few sections.

"The Steinway Soundboard Is Impossible to Replicate"

Another thing Steinway & Sons claim is that only they have the skill, expertise, and machinery required to craft an authentic Steinway soundboard. They further state that their soundboards are "Impossible to replicate". While this is true for the vast majority of dealers and rebuilders, there are exceptions.

Galo Torres worked as the soundboard Mastercraftsman at Steinway for 30 years before deciding to work for Lindeblad. He was trained by Steinway's best and has become one of the greatest Steinway soundboard craftsmen in the world.

For nearly 120 years Steinway crafted their soundboards by hand. Galo, our soundboard master-craftsman, adheres to those same original hand-crafted standards. Each one of our soundboards is carefully hand-cut, sculpted, and sanded to reveal its musical potential.

We use the same premier wood from the same supplier as Steinway New York and Steinway Hamburg. We select the choicest of Alaskan Sitka Spruce, the ideal wood for soundboards, because of its unparalleled stiffness-to-weight ratio. The wood is then cured to the precise moisture content specified by Steinway for each component of the soundboard. Learn more about our soundboards here. 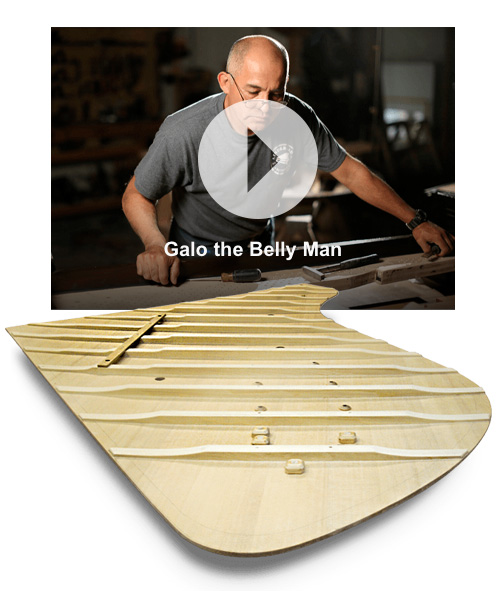 It is important to note that while we can install a new Steinway Diaphragmatic Soundboard, only 25% of our Steinway restorations actually need a new soundboard. The majority of our restorations use the original Steinway soundboard and are simply repaired by Galo and his team and then refinished to return them to their original splendor. 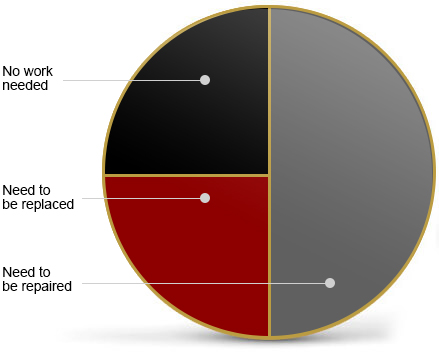 What is a Pinblock?

The pinblock lies below the harp, and its sole purpose is to firmly grip the tuning pins in place. Over time the pins can loosen, which causes the piano to fall out of tune.

For 110 years, Steinway made their pinblock from five layers of hard rock maple, having the grain of each layer positioned 45 degrees to that of the next for maximum grip. Then in 1963, Steinway decided to use thinner pieces of maple and increased the number to seven layers.

To maintain the historical accuracy of our Steinways, we use five-ply, quartersawn hard-rock maple pinblocks made to the same specifications as the original Steinways. We source these pinblocks from the world-renowned company Bolduc in Montréal, Canada.

Adams Romoleroux, a former Steinway employee and pinblock specialist who has joined the Lindeblad team, then makes a template from the piano's original pinblock to ensure the new pinblock is a custom fit for that piano.

A pinblock is wood, glue, and craftsmanship, combined together to create a durable and lasting hold. Lindeblad's pinblocks use the same wood and glue, crafted to vintage Steinway specifications, and installed by a former Steinway pinblock craftsman.

There is nothing secret or special about Steinway's Hexagrip pinblock. As long as the pinblock holds the tuning pins in place, it does not affect a Steinway's sound quality.

While we do craft and install historically accurate pinblocks to Steinway specifications, that isn't the only option available to our customers. In many cases, the original Steinway pinblock can be kept and reused. 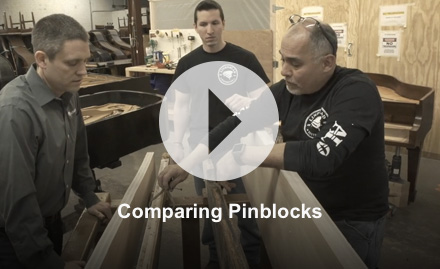 "Steinway's 'Accelerated Action' is Faster Than Their Original Action Design"

In the 1930s Steinway filed two patents for piano action modifications that were intended to provide a faster keystroke response. These two changes made up the Steinway term "Accelerated Action". The term can be somewhat deceptive since the design changes have nothing to do with the actual action parts that are used.

The first patent changed the shape of the balance rail (what the keys rest on), and the second patent changed where the keys were weighted. The phrase "Accelerated Action" is a marketing term used by Steinway to create a false sense of exclusivity. 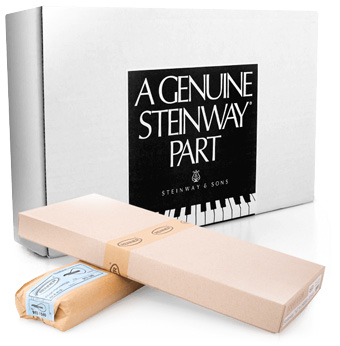 Is It Actually Better?

Steinway claimed that the "accelerated action" improved key repetition speed, but they never backed their claim by publishing the results of their studies.

According to a former Steinway President, in the 1970s Steinway New York started tweaking their "accelerated" action design because of problems they were having, and removed it all together around 1983. The Steinway factory in Hamburg, Germany never used the accelerated action design in any of their pianos.

Since the patents expired around 70 years ago, no other piano manufacturers have adopted this method, not even Steinway Hamburg. Why not? It doesn't enhance performance and it isn't actually better. It's just a clever marketing term. 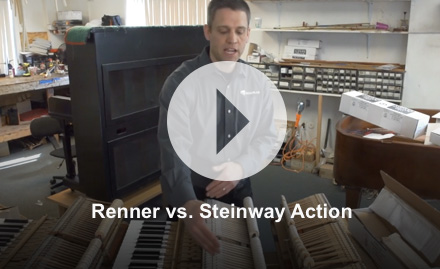 What Action Parts Does Lindeblad Use?

Lindeblad Piano is committed to providing world-class restoration for the finest Steinway pianos. This dedication to true Steinway restoration means that we use New York Steinway action parts or Renner action parts. Renner is the manufacturer of the action parts used in the Hamburg Steinways.

Our experienced action department is led by two master craftsmen, Eric Lindeblad and Peter Ribaudo, who have over 40 years of restoration experience each. They have worked on every type of Steinway and are industry leaders in action regulation and assembly.

"Buying a Steinway is an Investment"

New Steinway Grands are incredibly expensive and can range from $75,500 – $585,000 (as of 2021). To justify the considerable expense, Steinway salesmen claim1 that a well maintained Steinway piano is a "better investment than buying stock on Wall Street"1. Don't be fooled by this.

Steinway's argument is that since the price of new pianos rise every year, the price of older pianos should also "regularly increase in value". A quick Google search will reveal this isn't the case. The truth is that used Steinways depreciate in value similar to that of used cars. The price of new cars rises each year and yet the value of older cars often depreciate heavily after purchase.

Many people have bought into this "investment" narrative Steinway pushes, only to later find themselves out tens of thousands of dollars.

An article from New York Post1 shares how "Angry buyers of Steinway pianos say they were duped by salespeople who told them the instruments would increase in value, though they actually plunge in price by 50 percent or more as soon as they leave the showroom floor…"1

The article continues on to describe one woman's shock upon learning the truth of Steinway's investment claims: "Kelly Kilrea made $68,000 in payments [on a new $78,000 Steinway] but when she could no longer afford them, she looked into selling the instrument, only to learn that she wouldn't get more than about $33,000 from a used-piano dealer, which is what she still owes Steinway."1

While pianos don't typically appreciate in value, it is worth noting that Steinways do hold their value significantly longer than any other piano brand. The biggest investment, however, is the benefit and personal enrichment that a world-class Steinway can bring. One that can be enjoyed and passed down from generation to generation.

A Steinway piano "is going to go down in value significantly right off the bat." 1

Director of marketing and communications at Steinway

"Steinway Never Had a Golden Age"

It is well-known that Steinway produced some of their best work from the 1900s to the 1940s. The original Steinway family was still heavily involved in production-the same cannot be said today, as the company is currently owned by a hedge fund billionaire-all manufacturing was done in-house, and all parts of the piano were crafted by hand.

It was, as some call it, the "Golden Age of Steinway."

Why Steinway Denies the Golden Age

Steinway understandably rejects the concept that certain Steinway vintages were made better than others. After all, how could they sell new pianos if this is the case? Simply put, Steinway denies the Golden Age concept because it would be harmful for the sale of new Steinway pianos.

"I have a much better opinion of the older Steinways. And I think this is in that category. They don't make them like they used to. The new pianos that you're buying now are nowhere near as good as they used to be"

Professor of Music at Dartmouth

Steinway argues that the Golden Age is always 40 years ago, no matter when in history. A little research reveals this simply isn't the case. From the 1960s up to the 1980s, Steinway action parts were crafted using problematic teflon bushings. This change occasionally caused a "clicking" in certain action models and wasn't well received. No one ever argues that the teflon-action era or the eras following it were Steinway's "Golden Age".

Vladimir Horowitz2, one of the greatest concert pianists of all time, refused to own or perform on any newer Steinway models. Instead he insisted that his 1935 and later his 1943 Steinway concert grand accompany him for all performances no matter the cost.