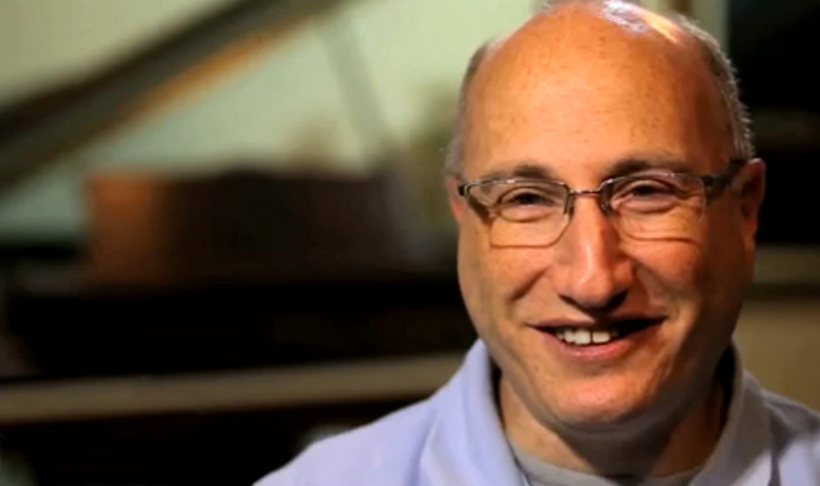 The piano was a gift for my grandfather Samuel to my grandmother Lillian, and that was in 1938. I remember that piano in the living room of my grandmother's apartment.

A couple years ago, we had finally decided that we had room for it, and we thought that would be the time to get it restored. There really wasn't anybody in Des Moines that was really capable of doing it. There was a place in Chicago, I think was the closest place that I found. But after talking to Todd at Lindeblad, really I felt very comfortable sending the piano there.

I do think I'm a pretty good judge of people, and I just instantly bonded to them just based on listening to their voices on the phone. And I remember Paul, particularly, saying this is such a beautiful piano. And I thought, you know, that might be a businessman line, but he really means it. He really means this is a really beautiful piano and he appreciates it for what it is.

There just seemed to be a lot of passion about the work, and that's really hard to resist.

One of the most frustrating things about working with anybody, especially a big, expensive project is if they don't get back to you or they're not responsive. And the Lindeblads were very prompt, whether by phone or email.

The thing that reassured me about them was a couple of things. One is that it's this family operation and I think they take their work very seriously. Secondly, they're very particular about what piano they want to do. So they're not going to repair a piano that won't have worth or value at the end of the restoration. I felt he was dealing with me honestly.

The pricing, while not the less expensive option, he went through the list and said this is what this will be. So there weren't any surprises in terms of the restoration. There wasn't anything that came up that you'd say, oh, he didn't tell us about that, or we know that that would be an extra expense.

And it's such an arcane sort of business. It's just old-fashioned workmanship and handiwork and artistry that requires that passion, and that comes through. And I think that's probably the best selling point in terms of what made me commit to them.

The restoration was profound, I think. Unfortunately, I can't appreciate it as a player, but I can as someone that listens to it. And when the kids are playing, it's a wonderful experience to hear music in the house.

We knew when we brought it here that we wanted it to be in as good a shape as it could be. And it's just really marvelous.

I'm probably not going to have another piano to restore, but if I did, they would be the people to do it. I mean they just have a passion for what they do and that gives you a lot of confidence and respect.