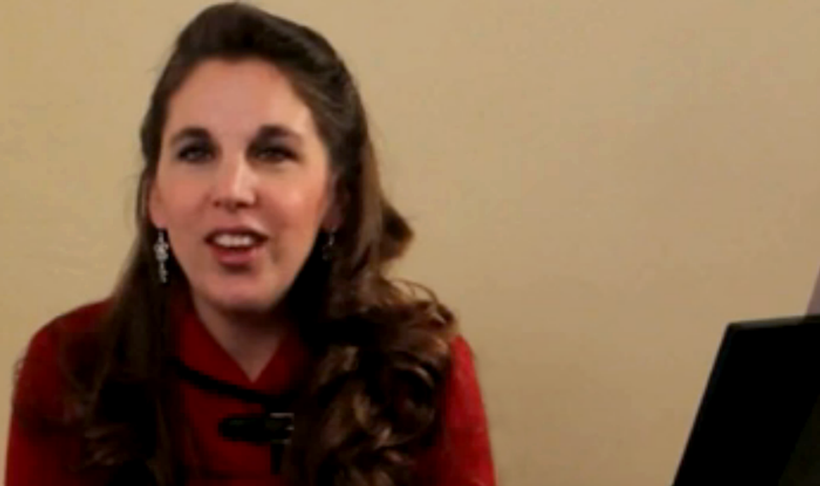 I was about eight when I started playing the piano and I would go to the recital hall. It was a music store and they had a little recital hall in the back. We would go out into the store area before we would play. I would finger and look at all the Steinways. Never even dreamed that I would actually have one in my home.

It started with a desire just to give her something nice. She'd been fighting with the old piano we had for years. So I started doing searches on the internet and looking on restored pianos. My search results kept coming back to Lindeblad piano. Todd was good at sending me information, he's sending me wood samples and everything else that I could pick for a finish.

They brought me into this room, of course, had my eyes closed, and had me open them, and on the floor was the cut-out of the piano where it would sit in the room. I was shocked. I was shocked to say the least.

It was exciting, and her response was exciting. I think it was complete disbelief that I would even consider getting a piano like that. And then once she started seeing what it really was-- wow, this is not just a piano, this is a Steinway piano.

When we started talking about this room and how much woodwork we have in here in the floors and in the furniture and the trim and stuff, I thought I want the black to stand out in the room. The color I wanted I found out that that wasn't necessarily the color my wife would want. So I had to call them and say we need to make a change here, and again, no problems. I appreciated all the extra measures they took in ensuring we were getting what we wanted in a piano.

I was concerned about the moving it here. How were they going to do that? They backed up my steep driveway with that van, and it was just nothing to them. They put down their little mats and they had that piano on its side, just rolled it right into position. Had it all set up just in such a short amount of time. And they were very pleasant.

I am 100% satisfied with the wonderful experience I had with the Lindeblads-- with Todd, the phone calls, the correspondence we had through the whole process.

I was a little bit intimidated to play when the movers were here. They had not pulled out of the driveway, however, before I started playing. Then I realized later, I think the windows were open, so they heard it anyway.

My kids were just, mom, you've got to play. Mom, aren't you going to play? They were so excited. They were as excited as I was I think. Then I let my daughter play, and I think she was a little apprehensive at first. You know, she want to ruin mom's piano. She was so excited, I saw the gleam in her eye, and she sat down and she's like ah, that's what a piano sounds like.