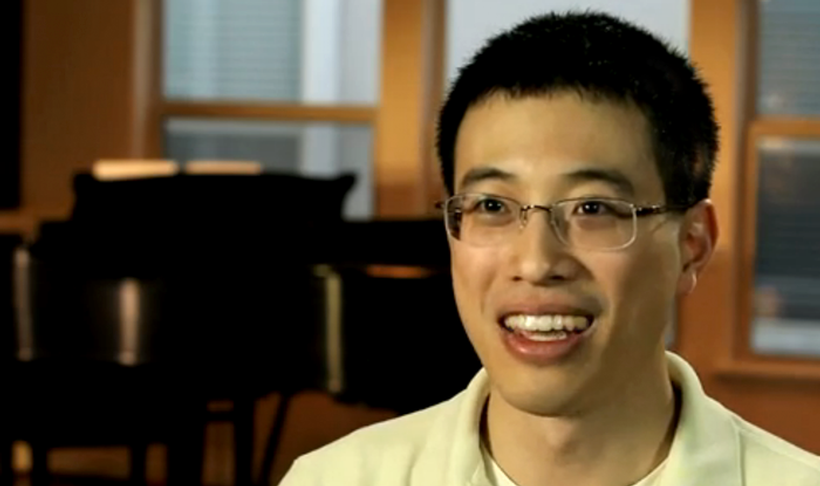 With a Steinway, you know you're getting the best piano money can buy. And when you play on it, the sound just fills the room. The only way I could describe playing on the action is like having your fingers melt through butter. I took piano lessons for 12 years, and during summer recital, I played on a Steinway, and it was like going to Disney World for the first time. Just a magical experience. I decided from that point on that, when I was in the situation to be able to afford one, I definitely wanted a Steinway. The first place I went was a dealer up in Dallas who sold used pianos and some semi-restored pianos. And those were attractive because of the price, but many of them were 20 to 30 years old. So then, I decided to try new pianos, and I went to a local Steinway dealer here in Houston. And what I found is that those were very nice pianos, but they were also extremely expensive. A drawback too is that they only had a five year warranty. And then I did a little digging on the internet and found the Lindeblad shop up in New Jersey. What Paul and Todd offer is a restored piano, which, to me, has all the benefits and then some of new piano, and of a used piano as well. A restored piano has the old antique case, and so it has a lot of character. But all the guts, the soundboard, the strings, the action, that's all new. And to me, it plays even better than the new Steinways I found at the dealership. And it was cheaper than the used pianos up in Dallas. Paul and Todd offer a 20 year warranty on the piano. So you know that, once you buy your piano, that's going to be all the money you're putting into it. They really offer you peace of mind when you purchase one of their pianos. That was great for me. There was actually a little bit of a hiccup in getting there the piano here. In that the piano mover, due to some miscommunication, didn't have enough people to get the piano up to the second floor. Most dealers would say, hey, we've paid for the shipping to get it to your house, you're on your own. Paul did not do this. Instead, he said, you know Michael, you want this piano on the second floor. We're going to make that happen, we're going to make it happen quickly, and we're going to pay for it. You can't beat that. From my conversations with Paul and Todd, they have just as much invested in this piano as I do. They want to see me happy with the piano. And I think that's one of the joys they get from doing what they do. And that's why they do such a good job with it, is because they want to be happy with what you bought, and they'll do anything to make that happen. After buying from them, I couldn't have imagined buying from anyone else. It's the best of the best as far as pianos and as far as who you're working with. Paul and Todd aren't in the business of just selling pianos. They're in the business of a fulfilling your dreams and making sure that the piano you get is the one that you've always wanted, and that's exactly what they've done.