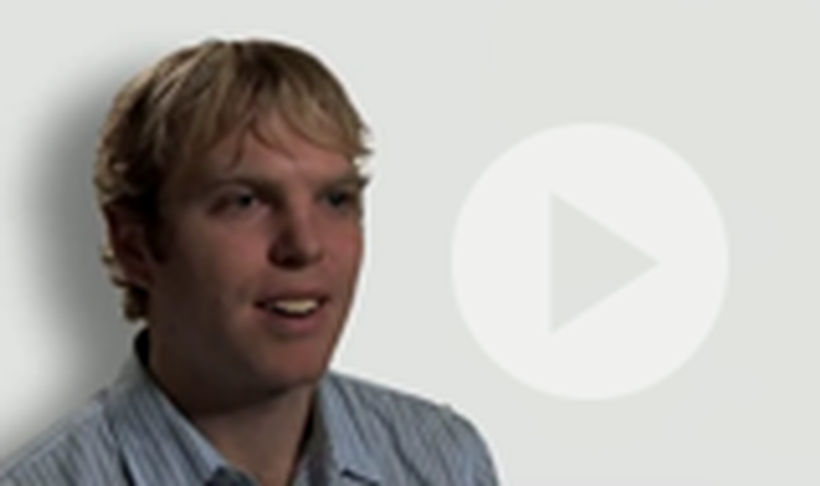 As a performer, as a pianist, I always liked the sound of an older instrument that has been rebuilt. It seems to have a lot more character, a lot more depth. And it's also a better bang for your buck because the quality of the wood, of the harp, of a lot of the structural components of the piano, seemed to be better in that era than they are today.

I have been, informally, looking. Most of the places I was looking were the places in New York City like the Steinway showroom: good pianos but just ridiculously expensive. And at the Steinway factory they never had a really good deal for rebuilding pianos. It was always the new piano they were trying to sell you, so I kept getting stuck there. And the price wasn't right for me.

I'm also a piano teacher. And one of my student's moms was looking to buy a Steinway and asked if I would come to this store in New Jersey and play the pianos and see if they were any good. So I came, and I really liked the pianos. So, of course, I recommended her to get one. And I informally asked Paul whether he had any Steinways from the 1920's, 1930's, laying around. And he said I'll get back to you, it might take a couple of months. And it only took a couple of weeks.

It's an investment that I was going to make sooner or later, that I needed to make for my career. And it was very comfortable working with the Lindeblad family because they were very knowledgeable. They knew which options were best for the piano, and they worked with me for which options that I wanted for the piano. And, together, it was a good match, a good fit.

I think I probably annoyed Paul a little bit because I called him a bunch during the beginning stages. As a pianist, you don't necessarily know a ton about the instrument. You don't know nearly as much as a re-builder or as a technician, so I had a lot of questions. I was doing my homework and getting opinions from everybody because everybody has opinions about how to rebuild and which parts to use. So I was asking him a lot of questions and saying what about this hammer? What about this action? But yeah, we found a match for all those things that worked.

I was practicing on an upright piano. And every, single time I went to a concert venue with a grand piano, I was just relieved because I could do so much more with the sound. Now, I'm on a Steinway piano, and I go to some concert venues and I'm like, my piano's better than this piano. I can't do what I want to do on this piano because I'm used to the high-quality of my piano.

I wouldn't say, necessarily, that the piano gives you the control. I would say the Steinway gives the opportunity of a range of character and a range of depth, but the action, and the hammers, and all the inner workings of the piano is what gives you the control in order to interpret how you want to, or phrase how you want to. And that's one thing I really liked about these pianos is they could work with you, and move with you, and embellish with you, and everything was really fine-tuned and easy to play.

The Lindeblads are very knowledgeable about the instruments, about rebuilding and refurnishing these instruments. And the work that they do is with care and with detail, and it shows through their product. I did not, in any way, think they were just trying to push this instrument on me or sell me this piano. I have been waiting to make this purchase for many years. And so, when it came to it, they were willing to work with me and make it easy, and not trying to push me on any issues.

I don't think they could have a phony salesman. I don't think they could pull that with a piano because I know too much about how a piano sounds, how a piano feels. But no, there was no pressure to buy. No. Nothing like that. Put down a down payment, but you're not tied to the instrument, and you're not even tied to the company. If you don't like the product, then they'll give you your money back and you can walk away. But I didn't.