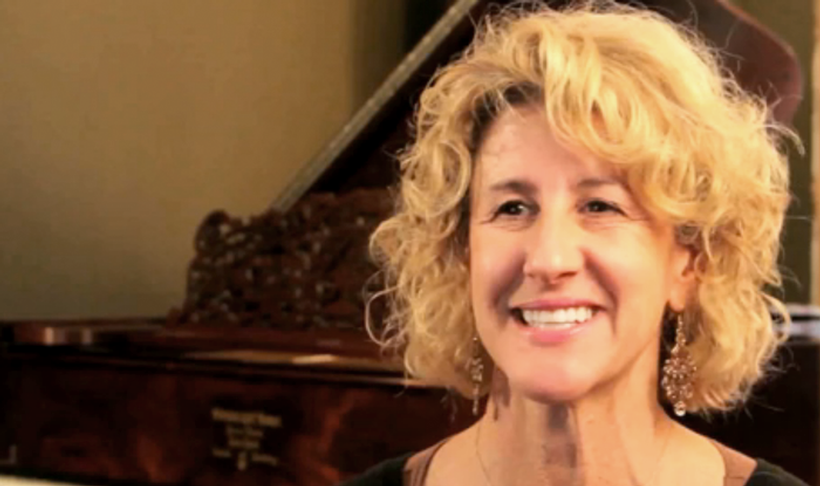 It was in rough shape, and that's being kind. It needed extensive cabinet work, and it needed a lot of other things, as well. It came time to make a decision to either keep it or get it restored. I was concerned about where it was going to go. I knew that it was valuable instrument. I couldn't just send it off someplace blindly And hope for the best.

I did a Google search, and Lindeblad came up as one of the first searches. I just wanted a company that had been doing restorations for a long time. Paul sounded just like an expert and he knew what he was doing.

They were great. They held our hand through the whole process.

My husband and I both talked to him on separate occasions. He was very, very patient with us. Everything they did was very high end.

So when we did see it come into the house, I was shocked. It was pretty impressive. We thought it was an investment. You can't think of the short term cost. You have to think of the long term benefit of having a piece of furniture like that.

When Paul told us who the piano movers were, they were called Green Mountain Piano Movers and they were from Barre, Vermont. That's who Lindeblad uses for about 50% of their piano moving, no matter where they are. And I said, this is kismet to me. There's got to be a reason that I got in touch with Lindeblad. So that was comforting to me, because you have to admit, sending your very valuable piano to someone who you have no idea who they are, it was it was kind of scary.

And they took my piano apart and they wrapped it all up really tightly, and they put it in their truck. And I took a ton of pictures because I just needed evidence that, OK, these guys from this company are taking my piano. I don't know if Lindeblad knows that I did that.

I was just concerned that, is this legit? They know, when I told them it was an 1894 Steinway, they knew it was valuable. It was a chance I was taking.

But I had faith because of my discussions with Paul, and because of going on the website, that I made the right decision, 100, 1000%. Because from the moment they had the piano, the experience that I had with Lindeblad was just the utmost, highest, the best service that we could have ever asked for.

Anytime someone comes over, and I know they play the piano, I hound them, and I make them bring their music. My piano teacher actually comes here, sometimes, and teaches my daughter, because she just loves to get a chance to play it. She says, don't let the word get out that you have this beautiful piano here, because everyone's going to be wanting to come over to your house and play.

Not everyone can restore a piano and know what they're doing. Lindeblad Restoration goes above and beyond what they need to. I hope to get to meet Paul and Todd one day after dealing with them.