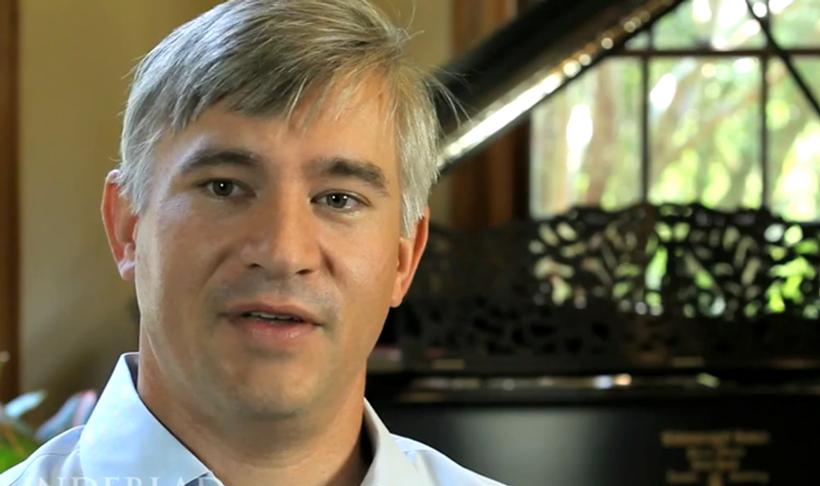 The desire to get a piano was mostly me.

When my wife said she was interested in getting a new piano, I happened to do a search for pianos. I do a lot of my purchases over the internet. I decided I wanted to get something that had a little history to it. So I searched around, saw Lindeblad's site.

I did have my doubts, because it was going to be a big purchase and we weren't able to actually go up there. I checked out the website, everything seemed very reputable. I probably spoke with Todd at least three times before we actually made the purchase. I had a lot of questions for him.

It was kind of all blind faith until we got the piano and it was just a phenomenal piece of art.

We all watched the piano movers bring the piano to the front. My son sat down, he's ten, and decided to play the piano, and we all just sat back and listened, and he was really excited. My wife was excited because she had some hesitations to begin with, and once she saw it, she knew we made the right decision.

I was very pleased. I mean, it came in and I was just overwhelmed. It was just beautiful. Playing it was just something. I mean, to the touch it's perfect for me. Because I've played pianos that were very hard to play and the action wasn't nearly as nice as this piano, so it was a very nice surprise.

I really liked how you had 30 days to play the piano, and if you weren't completely satisfied they would come and pick it up and take it right back. And that's one of the things that really sold the piano to me. I told my husband what we were looking for, and so I think he kind of described the action and how he just wanted moderate. Not too heavy, and not too light, and it just came back perfect.

All the ways they stand behind their product were in line with the way I run my business. I spoke back with Paul and asked him if he could do a little different type of bench for me, and he built a bench from scratch. Had it matched perfectly to the piano. I wanted it to be about two inches shorter, and he cut it down and had it shipped with the piano, and it was perfect.

So, with my kids, it meant a lot to have it just right. Everything about the way the Lineblad's do business, from the initial talks with their customers, to the in between work, to when you receive the piano they call and want to make sure you're satisfied with everything that they did for you.

Our piano tuner works for the university. He tunes all the pianos, which are mostly mostly Steinways. And at the end of his job here, he made a comment that this was the nicest Steinway that he had ever tuned, and compared it to an antique Porsche.

It was just a fantastic match for us. I mean, we wanted to stay with the same period of the house. Our house was built in the early 1900s, and it really ended up just being a fine addition to our home.

It's a piece of history, and we're happy to have it.